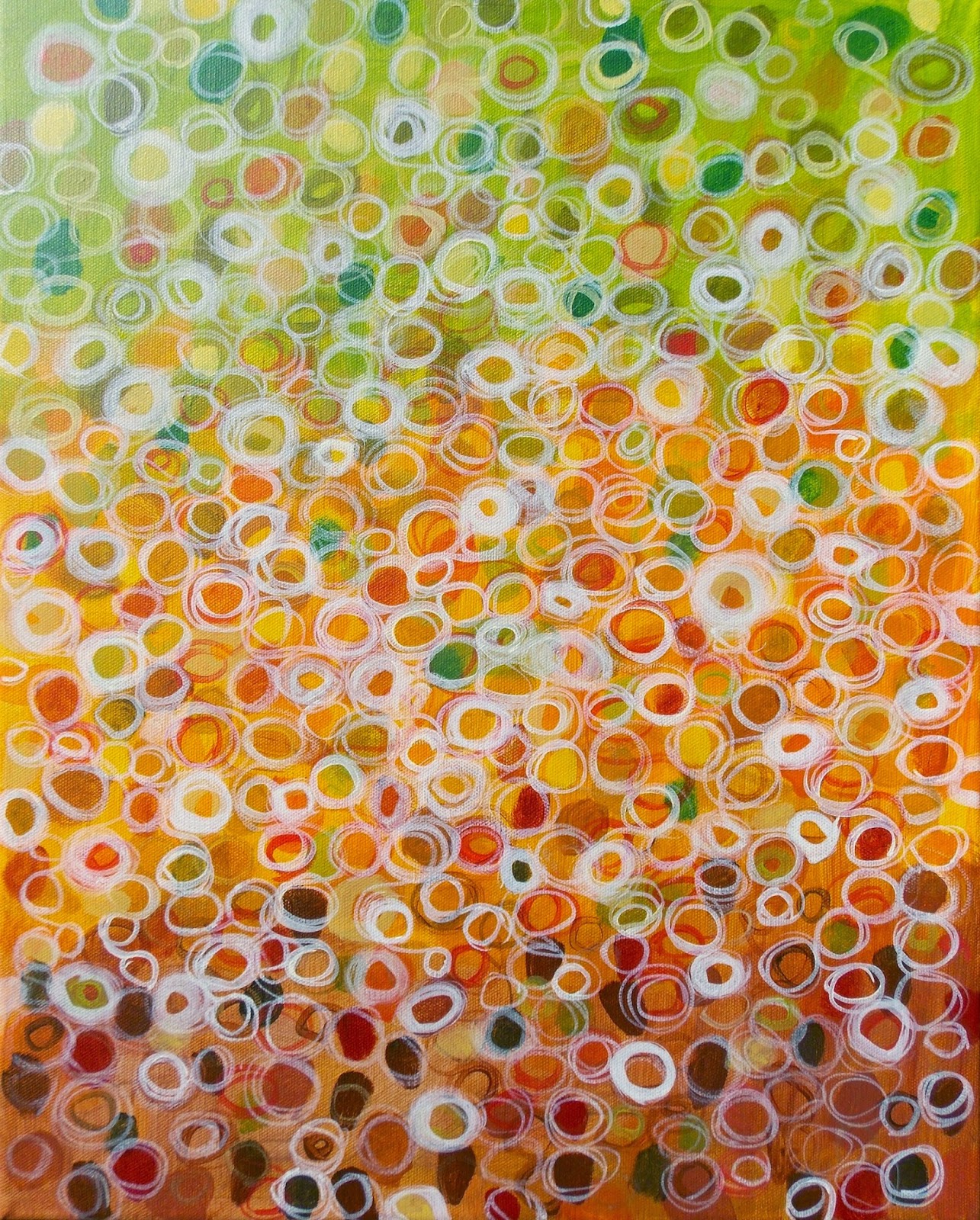 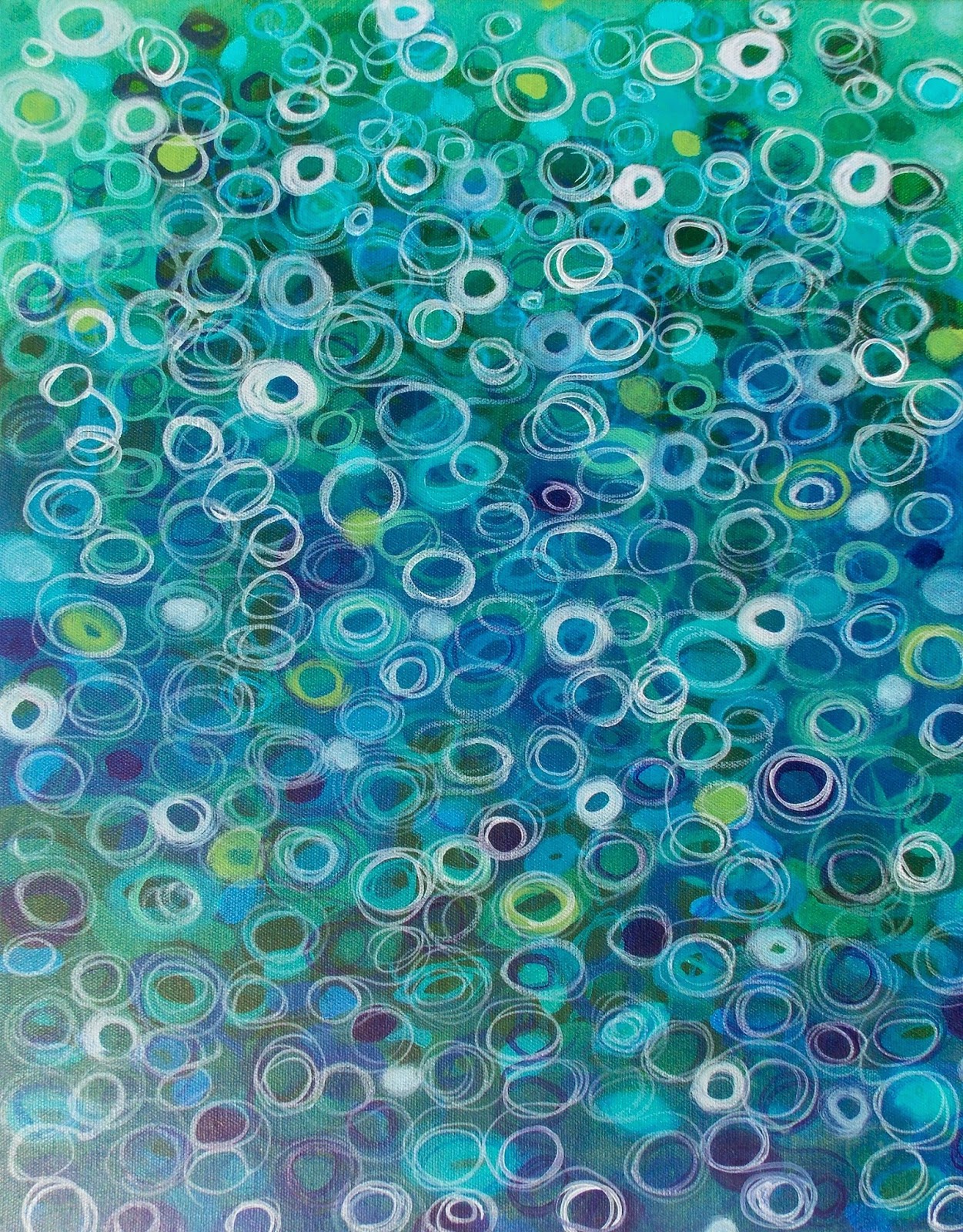 Saying goodbye to summer isn't ever easy for me but alas, time moves on and so must I. These two paintings were a couple of new works post my Cape Cod series that sold to a local collector. She happens to be super awesome and I love her enthusiasm about art and artists. Honestly, it's needle in the haystack people like her that keep me painting. (THANK YOU! You know who you are!) 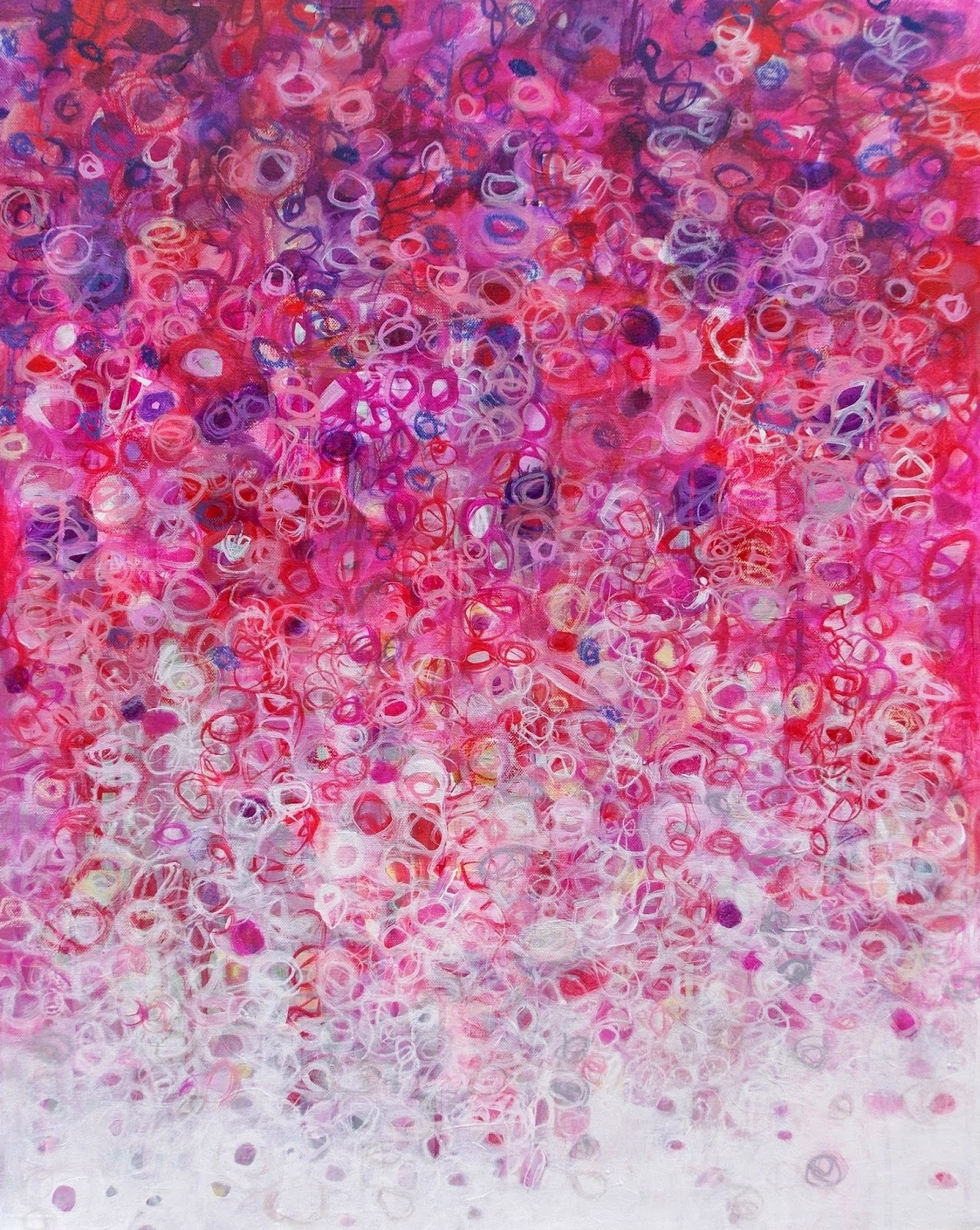 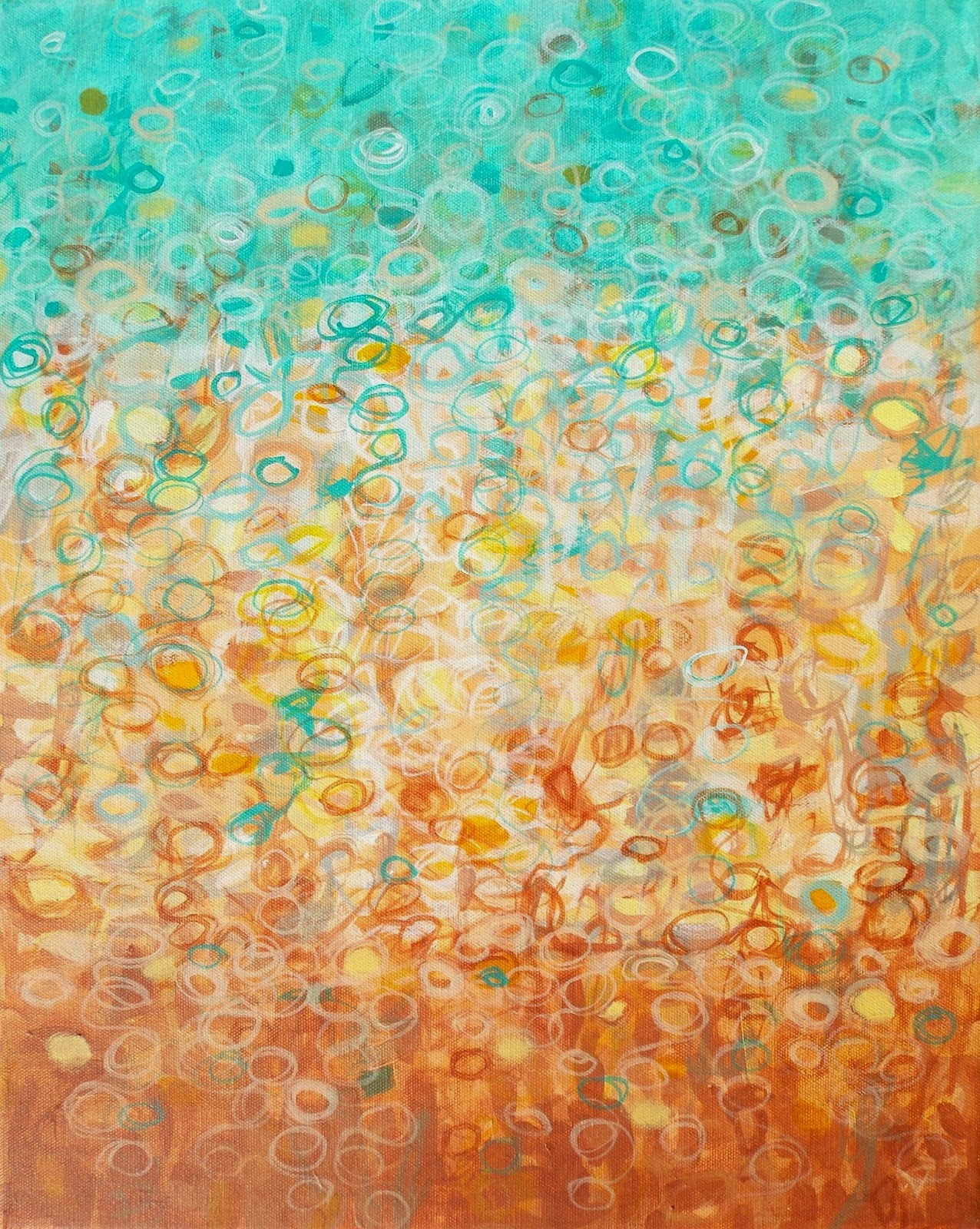 I have been loving the delicate brushwork of circles, white in particular, and even bought a new brush to fully accommodate this look. That brush is the star of all of these paintings. I have since changed ever so much in what I want to create and so this particular brush, and its marks, may not be seen again for a little bit. Or not. You never know! 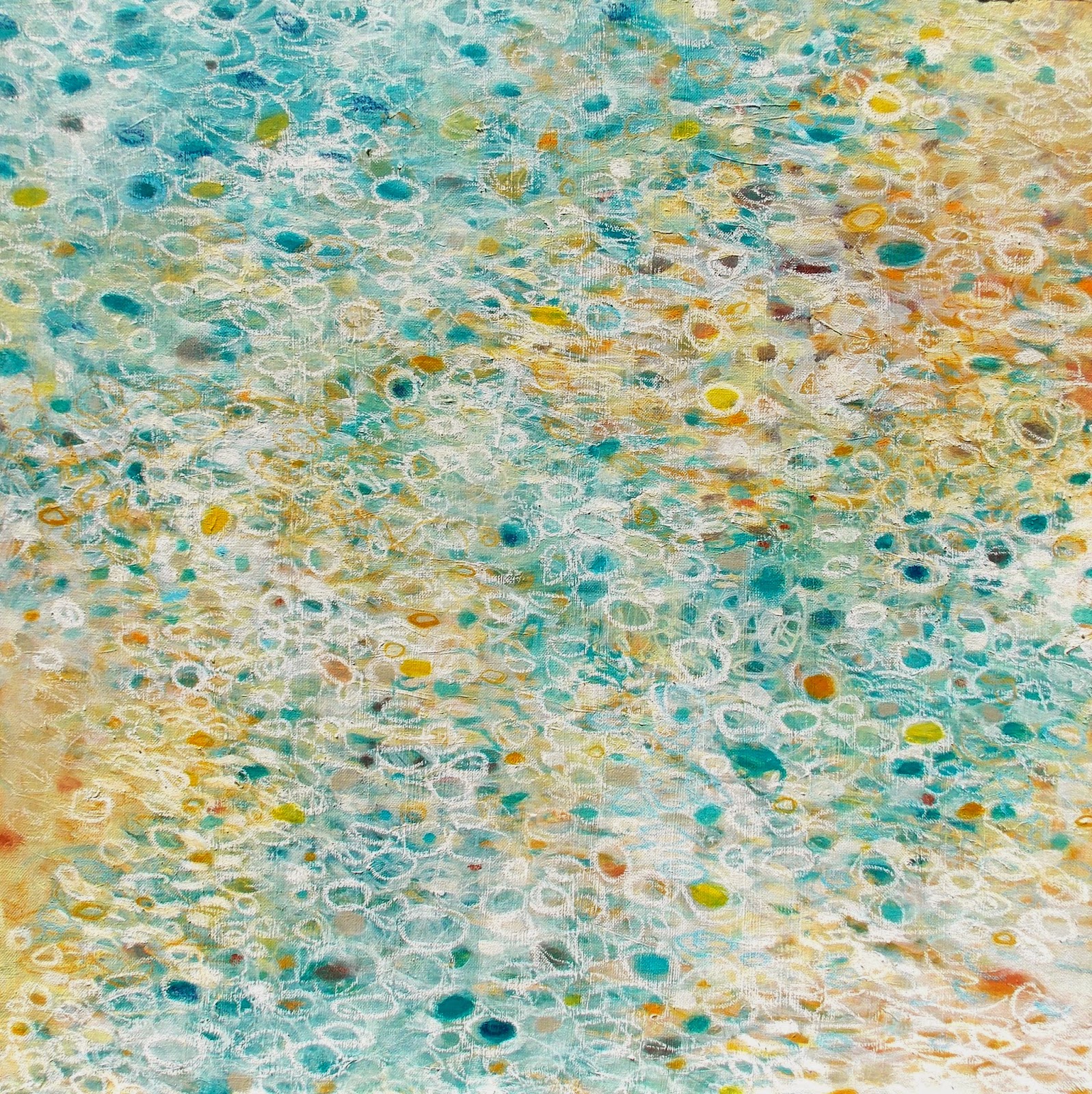 There is something that happens to you when you spend even just a couple of days by the ocean. That magic something happened to me this past June when my husband and I went on an anniversary trip to the Cape (where we married and honeymooned 8 years ago). 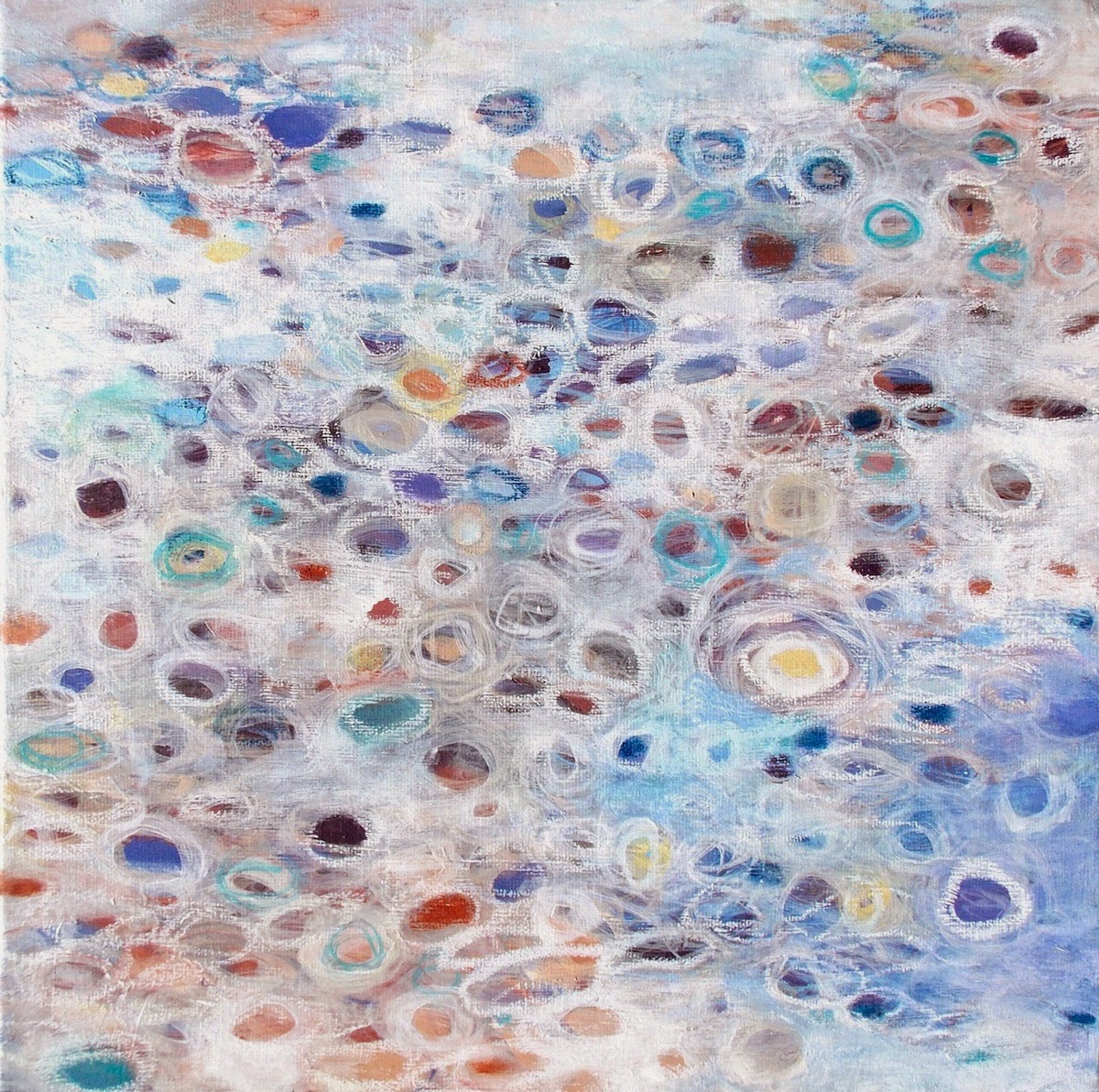 During this wonderful trip (now 3 months ago) I experienced a sense of peace that I really can't say I've ever experienced before. With some reflection, I now understand why.

The media/entertainment/news-feed of our modern society can become not only addicting and something to obsess about, but also alter who we really are. It was so great to get away from technology - the television, the internet, our online businesses and who left a review for one of Rob's books on Amazon and who favorited one of my Etsy listings. Being in nature and connecting with nature's rhythm was so very good for the soul. #mediablackout

2. We were on the freaking Cape.

Not only does it hold a bounty of good memories and heart strung connections for us personally, the flexed arm of New England is everything that a laid back traveler could want. There's room for every kind of New Englander to get their taste of the Atlantic - from the super wealthy (hello Kennedys?) to your average Joe and Josephine getting clam strips from a roadside stand. Life is good on the Cape. Whoever you are you can make it work... and thensome. #tartarsauce

3. The beach has magical powers.

This is where I feel for my landlocked friends. If you've never been to "the beach", than you really do not know what you are missing. The ocean is the best anti-whatever-ails-you antidote that I've ever experienced naturally. People come to the shore to veg and let it all hang out. You could say that in the outer Cape, that is more true than other many other oceanside locations internationally. (he he - #nudists!) 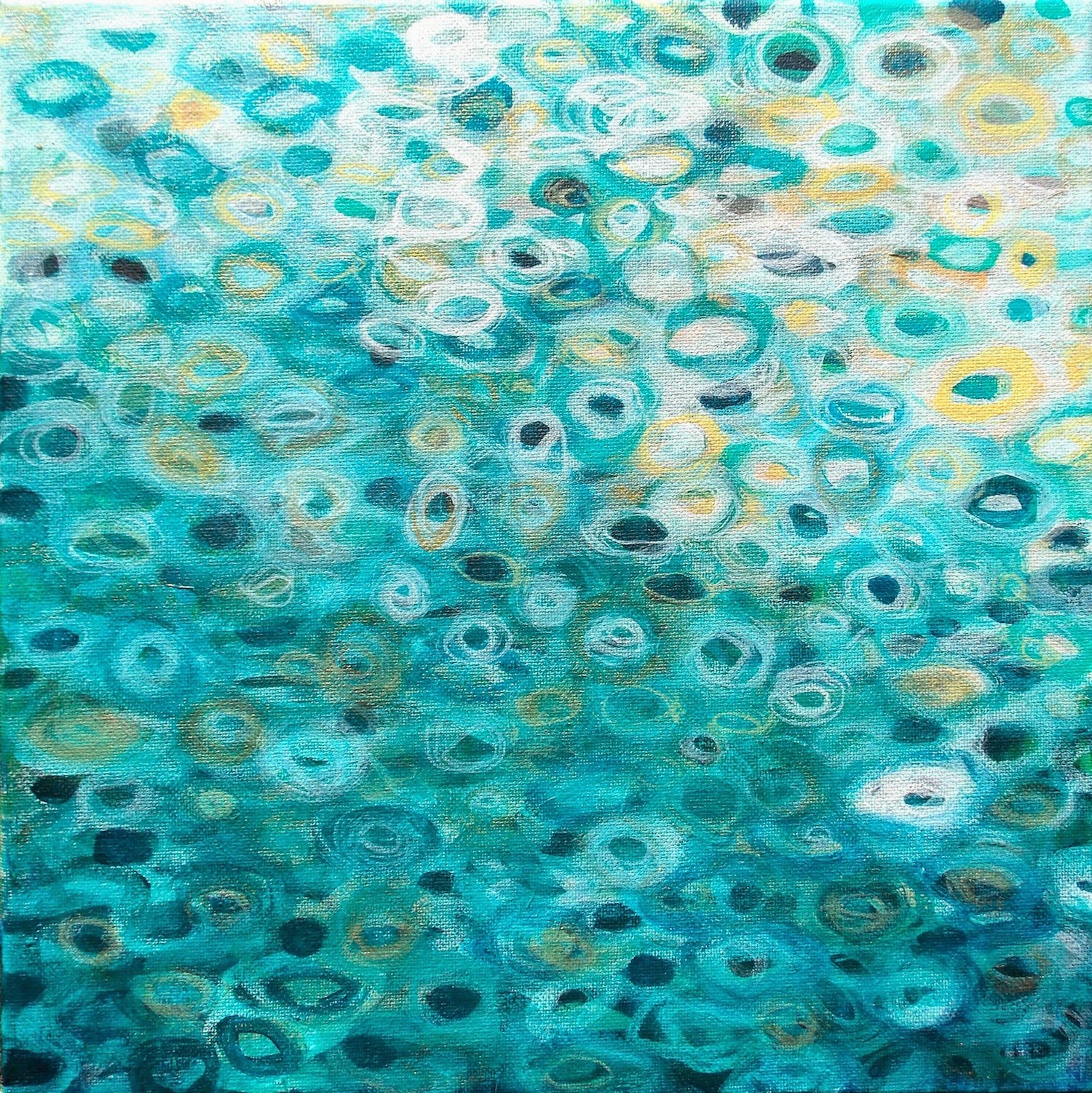 It was our last day on the Cape and we were at a bay side beach. The tide went out for as far as the eye could see, but in between here and there were many tide-pools - from knee deep to just barely covering the top of your feet. As any normal person connected to their inner child would do, I skipped my feet in the water, watching the beautiful patterns of swirls and circles of light dancing on the surface of the water before me.

And that was the beginning of a series. 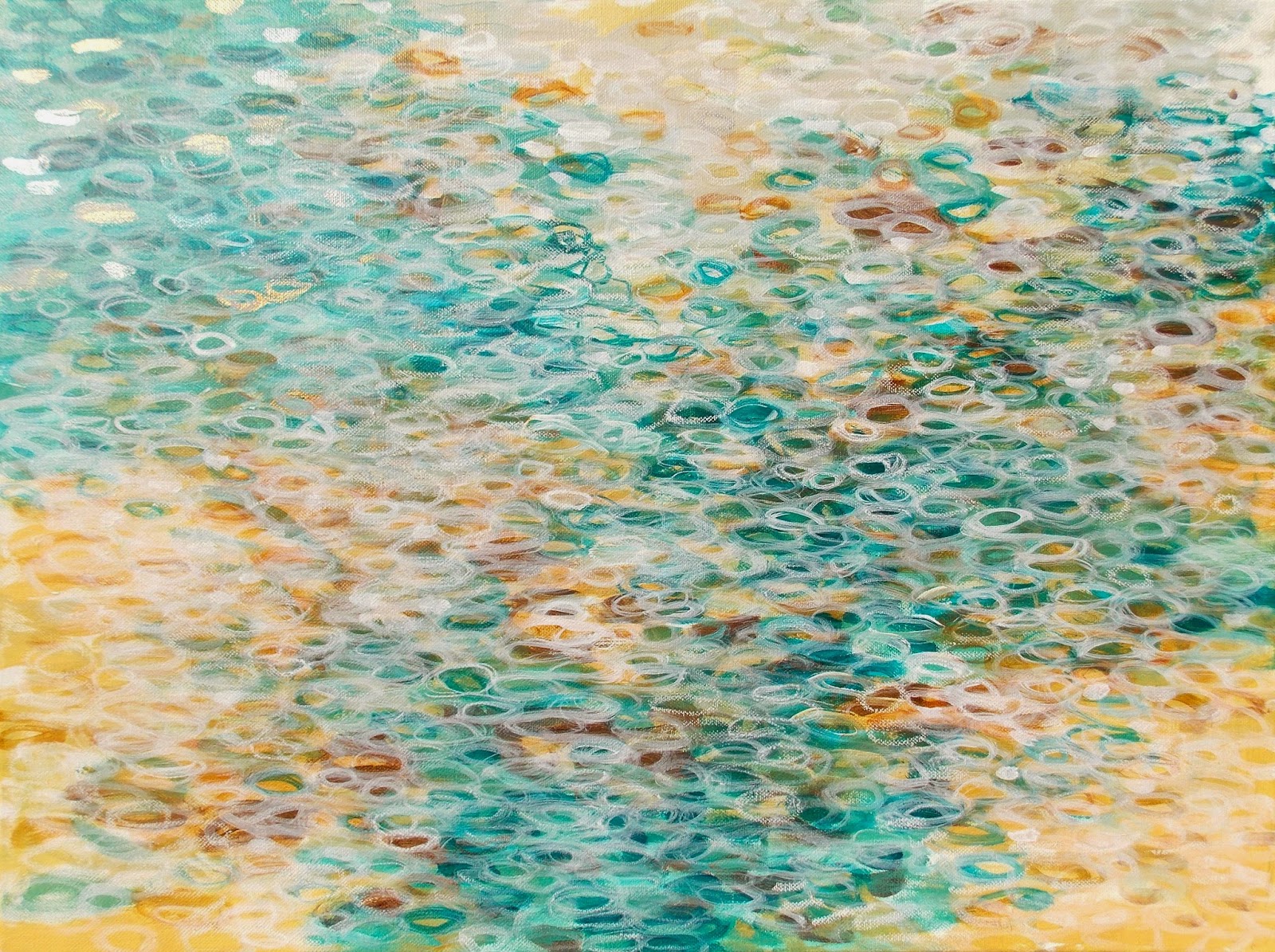 This series was yes, about the reflections of light on water, and New England earthy sand vs the salty sea BUT it was also about transcending petty problems and just living in the moment. It gave me the idea that hey maybe I could feel this way - this zenned out, happy and fullfilled way, any time I wanted. And wasn't that radical. 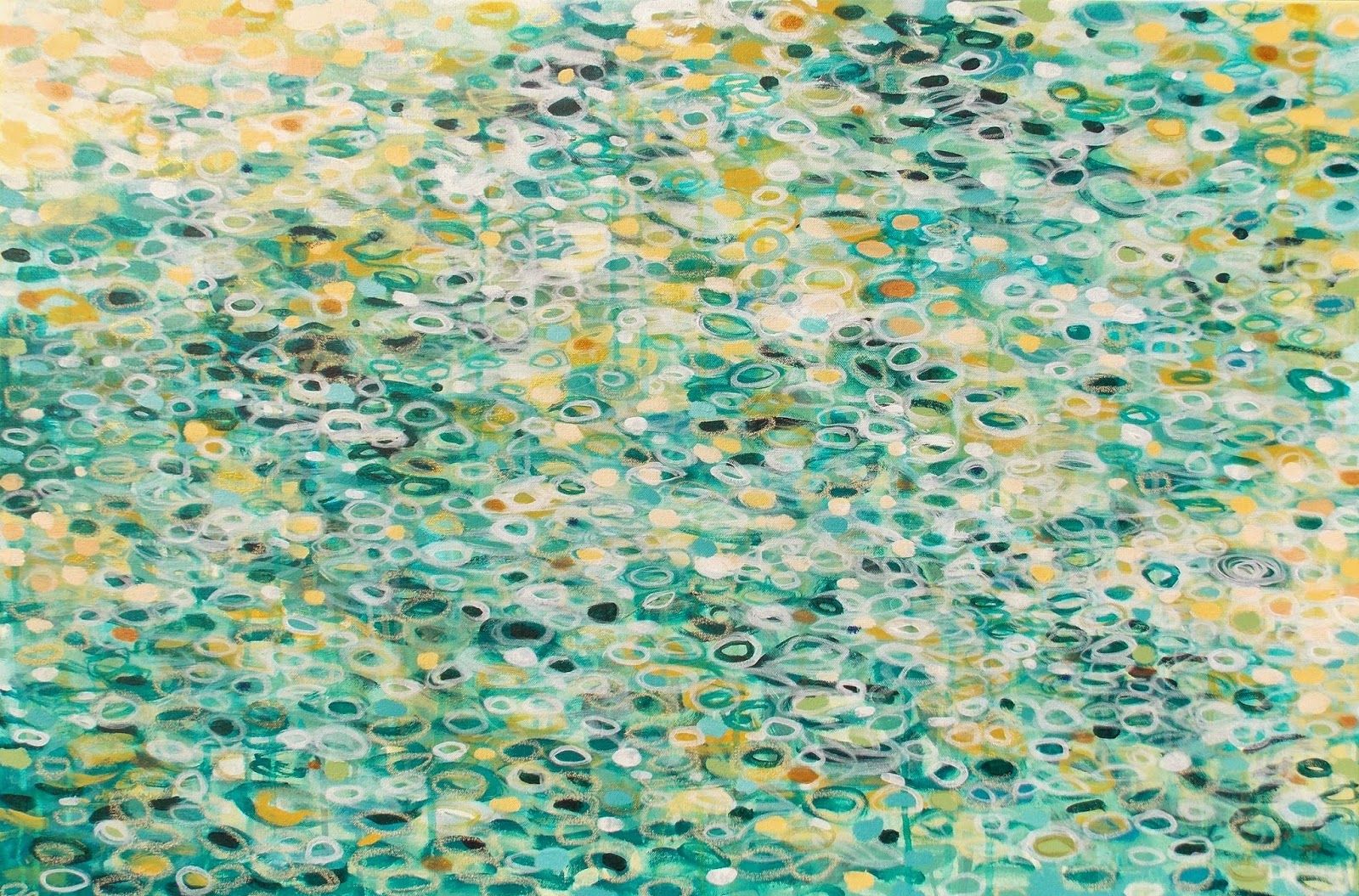 Check out all of the mellowed out, ocean inspired, Cape Cod Collection here: https://www.etsy.com/shop/JessicaTorrant?section_id=15658933