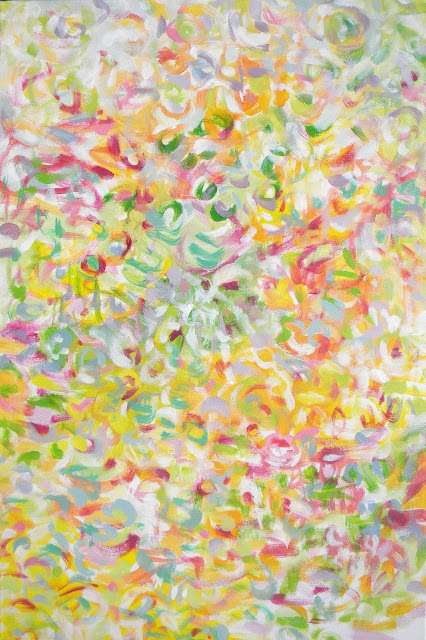 If you happened to catch one of my earlier posts from about a month ago (I just took it down so there is no confusion), I had set up a new website to sell my paintings. After some time figuring out how things worked on that site, I realized there were some problematic issues that prevented me from being 100% convinced I made the right decision. Facing "make it work or move on", I decided to let it go and refocus on my Etsy shop. Etsy isn't perfect either, but weighing the pros and cons, it became a no-brainer to make the most of my Etsy shop. So! There ya go. Once again I have publicly jumped up and down about something only to say, "No, wait, um, hold on a minute, actually..." But that's how it goes when you share your process on a blog, right?

Anyway, I am excited to get back into the flow again on Etsy and more importantly IN THE STUDIO! I am going to share two of my new 2012 paintings that got deleted in that older post. Thanks for bearing with me! 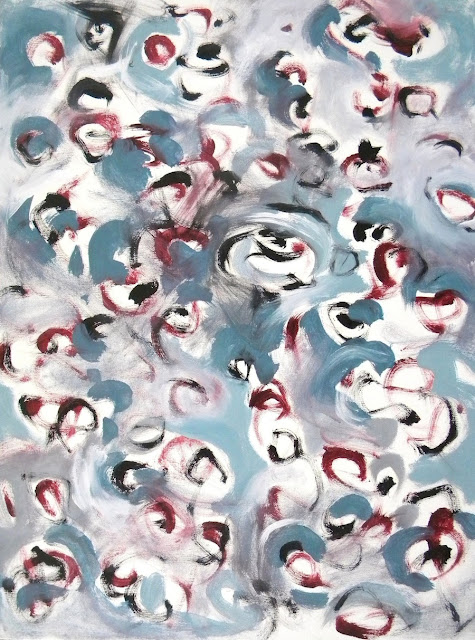 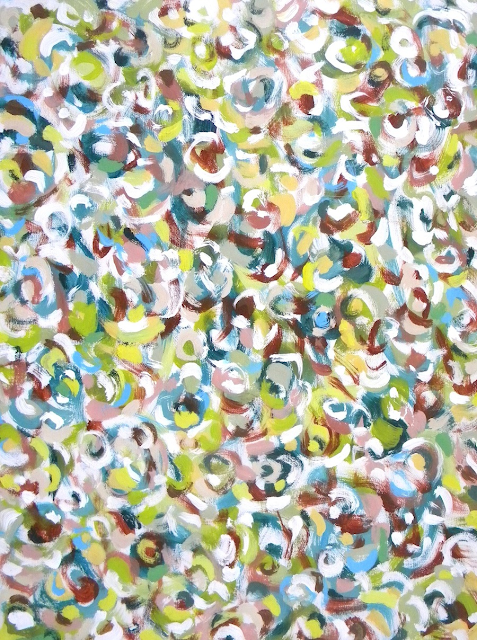 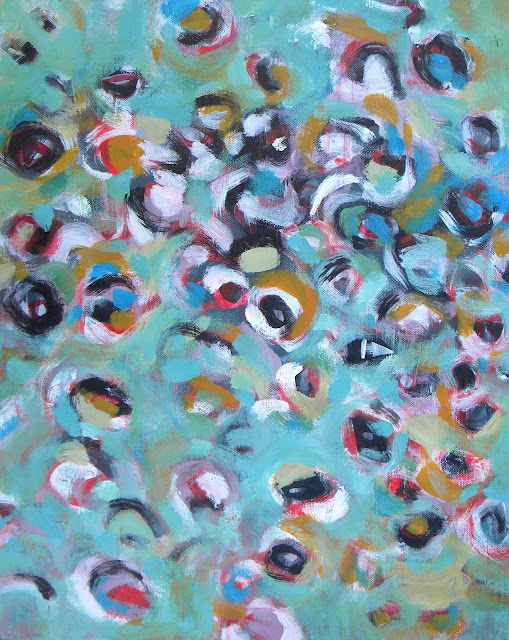 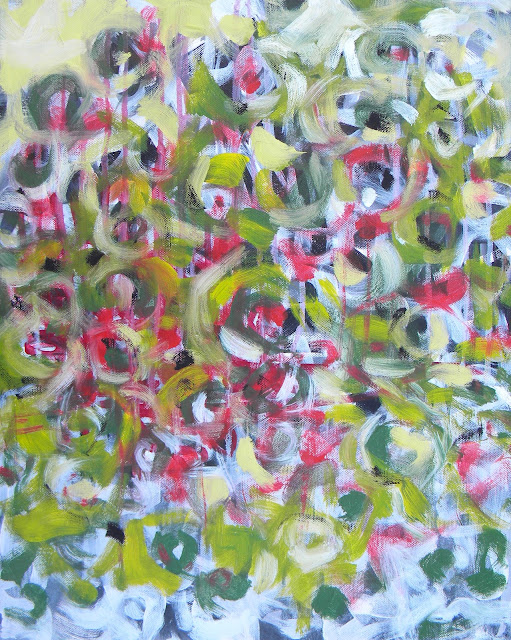 This title pretty much sums up how I've been approaching painting the last few months. To push myself to be more free and expressive with marks, and let color dance all over the surface of the canvas. I'm still painting inside my house, which is limiting, and I often look longingly out at my studio out in the cold anxious for spring to arrive. But it is coming! The days are getting longer, the sunlight feels a little stronger and just a couple of "warm-ish" days is all it takes to start thinking about those first spring buds to blossom and bits of green popping up here and there.
Posted by Unknown at 2:04 PM No comments: 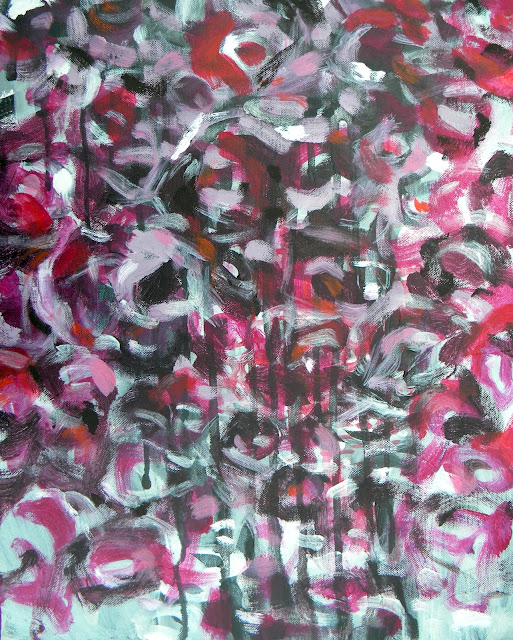 This painting was inspired by listening to an unknown (to me) jazz singer's torch song on the radio and wanting to give her vocal pain a visual voice. I may not be in "torch song status" in my life right now, but I can certainly draw from other times in my life when I was.

What is a torch song? Wikipedia says "A torch song is a sentimental love song, typically one in which the singer laments an unrequited or lost love, either where one party is oblivious to the existence of the other, where one party has moved on, or where a romantic affair has affected the relationship."

I was raised to a soundtrack of jazz, so there are a ton of ballads/standards/torch songs that move me but there are modern torch songs such as Adele's Someone Like You that take this genre from the past to the present, and I love that. For me, Liz Phair, Jeff Buckley, and Fionna Apple have been the ones in my generation to continue the light the flame, but I'm sure there are more modern performers I'm just not aware of that carry the torch today.

If I were to name just one singer to define the ultimate torch song singer, it would be hands down Billie Holiday but of course there is Ella and Sarah and and and... Do you have a favorite torch song or singer? What is it or who are they, and if I might pry even further, why?